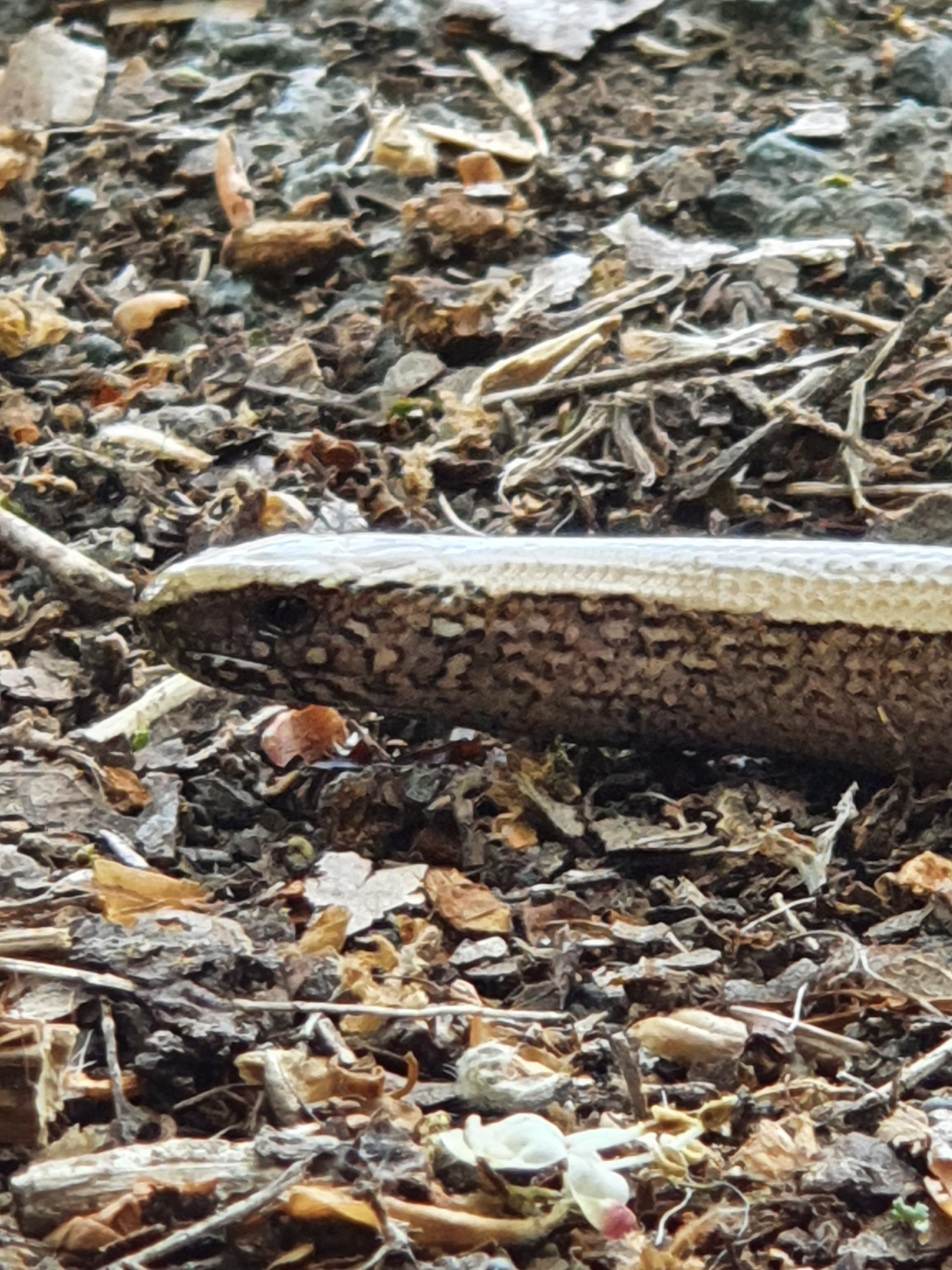 On this week’s blog post I decided to do it on slow-worms as I have been seeing a few of them recently. At this time it is mating season for slow-worms. Did you know that slow-worms can bite? But they are not venomous and they will only hurt themselves trying to bite us. Normally slow-worms hibernate in groups of thirty. When you see a slow-worm you may think it is a snake but actually its not a snake or a worm, it is a legless lizard! It is very common to find a slow-worm as they are not very rare. When slow-worms are under attack they will shed their tail and slither away, but the tail will carry on moving even after being shedded. In the churchyard I saw a slow-worm being attacked by not 1, not 3, but 2 whole blackbirds attacking it!