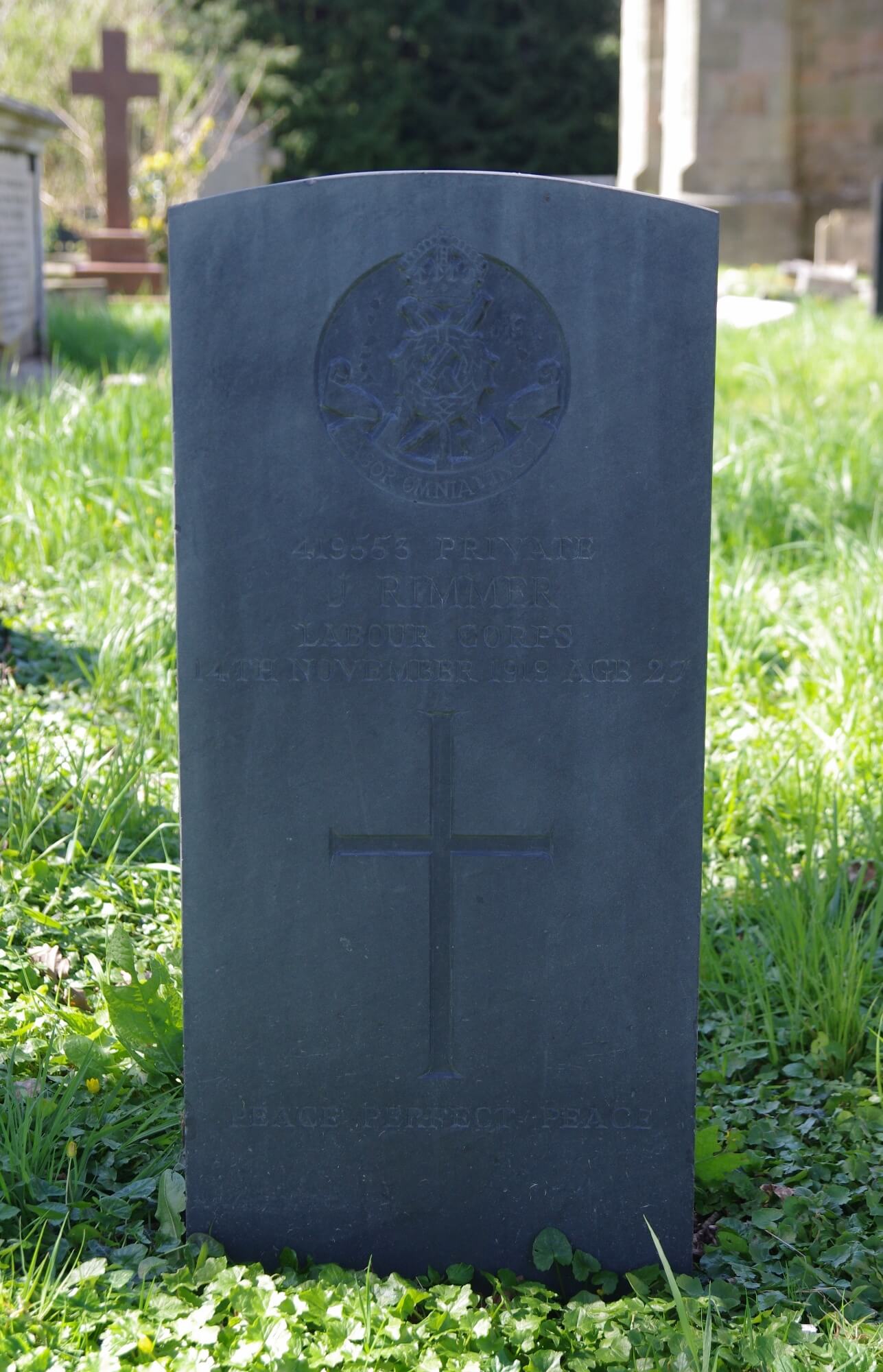 John Rimmer was born sometime around 1890. He was the son of John and Catherine Rimmer of Rose Cottage, Worthen, Salop.

In 1911 John aged 22 was living at The Moat, Welshpool, working as a ‘Waggoner on Farm’ for Richard Davies who owned the farm. The Moat farm is a couple of miles outside Welshpool on the Newtown Road.

John enlisted with the Lancashire Fusilliers, 2nd Battalion in April 1915.

On 4th April 1916 he embarked the HT Aragon to be transported to Egypt and arrived on 23rd April. He served in Egypt until 23rd February 1917 when he was sent to France.

Whilst fighting in the trenches, he suffered a shrapnel wound to his left eye. After treatment in hospital he returned to serve in France. In September 1918 he returned to Britain and posted to the Agricultural Distribution Centre at Wrexham. He suffered badly with his wounds as he had completely lost his sight in his left eye and his right eye was worsening.

John was discharged from the Labour Corps on 7th March 1919 ‘being surplus to military requirements’. It was noted that he had ‘suffered impairments since entry into the service’.

John died on 14th November 1919. He is buried here at Christ Church.

John’s story is on display as part of the ‘Remembering the Fallen of the Great War at Christ Church’ exhibition.