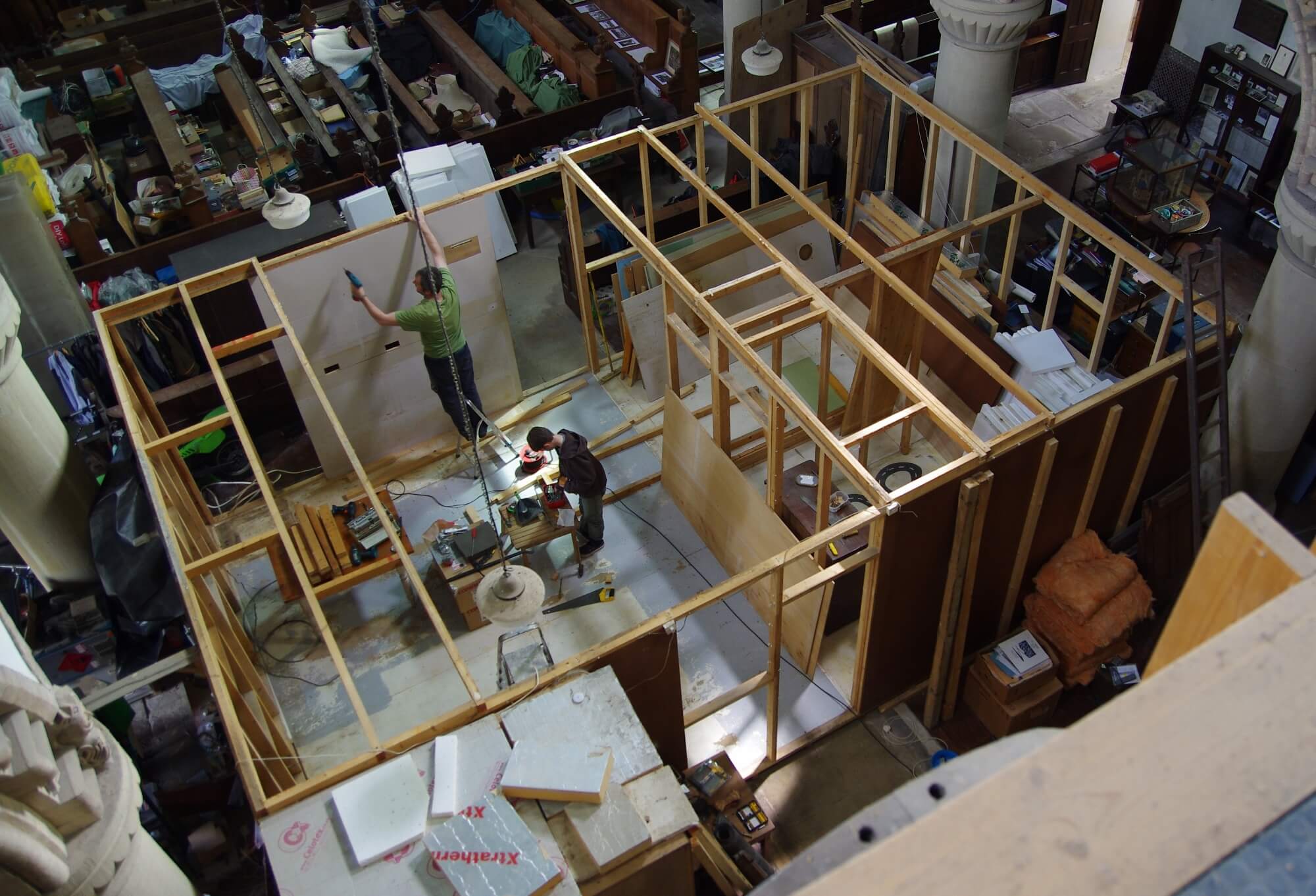 Fourteen years… almost to the day since it’s creation, The Hut has been taken down! It is one thing to build your own home, but to build it and years later take it all down and literally break it up is an unusual experience.

The Hut, as many of you will know, was built as a ‘temporary’ dwelling for us while we created The House and restored the Church. It took 3 months to build and there were many adaptations and add-ons over the years as our demands on it grew – namely with our family of 3 growing to a family of 5. It was a perfect space for bringing up young children as we weren’t very precious about it (quite a different story with the House!). It didn’t really matter if someone scribbled their name on a their bedroom wall (Owen), smeared Weetabix on the walls (Fred), or even be born on the living room floor! (Victor)

Yes it was chilly… sometimes, with not a lot of daylight and became rather cramped but it was a cosy and happy place to be. It served it’s purpose of a sanctuary in the chaos of church restoration very brilliantly.

However as we near completion of the House, the Hut’s usefulness has quickly diminished and it was time for it to come down. It has been a surprisingly lengthy process to unpick it all in reverse order. Some of the materials have been absorbed into the Workshop, House or Log Shed, with other bits going to a friend for his own project, resulting in very little going to the scrap yard.

So it is gone… and for a fleeting moment there was a clear space in the nave. But nature doesn’t like a void and sure enough it has been filled, as we continue to sort, rearrange and clear. The view from the House out into the Church has been much improved and the morning light now streams in through the East windows of the Apse. Whilst in the Church, it is far easier to ‘read’ the layout of the House as the front wall is now fully on show. We are now keen to finish off that wall so it looks less like a film set!

The past few weeks have been very laborious and dusty, but also a time of reflection and celebration as a major milestone in our restoration journey has been reached.

A slideshow of the Take Down...