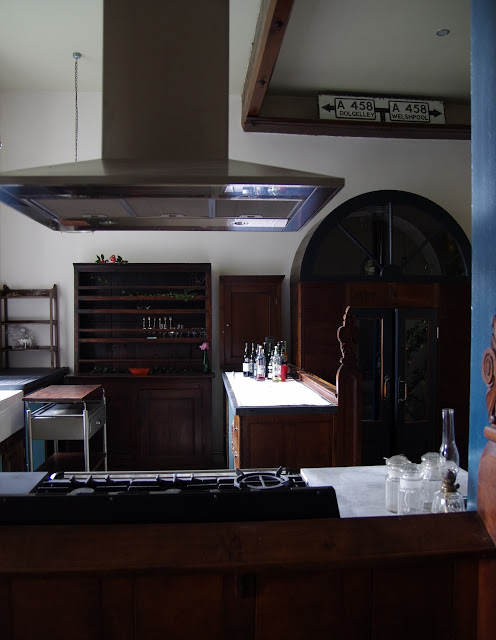 Christmas is that marker in the year, the deadline that pushes us to get as much as possible of the downstairs of the House completed. We traditionally celebrate Christmas in the House as the Hut is too small and cramped for a tree and decorations. Instead of the Yule Log, we light the Froeling boiler and enjoy the warmth of the underfloor heating in the House over the festive period. 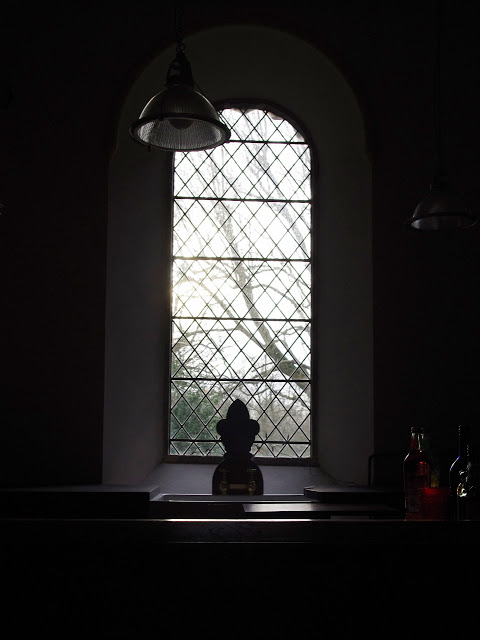 Karl focused on finishing the kitchen so that it could be partially used over Christmas. The slate worktops were put in place giving the perfect finish to the handmade cupboards. The depth and colour of the slate compliments the dark oak beautifully. 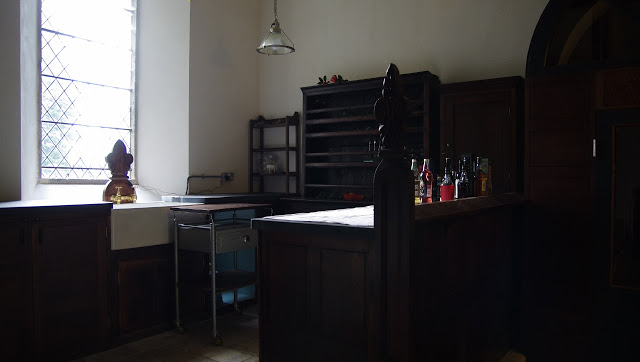 The slate slabs were originally the base of an old snooker table. We have honored their original purpose by keeping the recess for the pocket to form the draining board… we cannot wait to wash up here as this is just so beautiful! 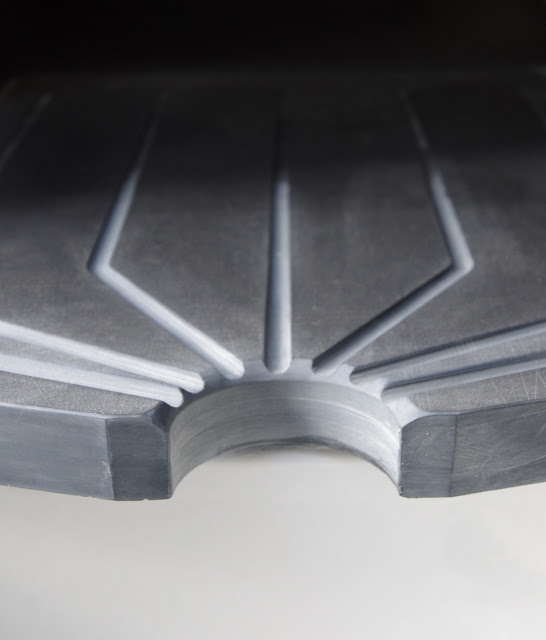 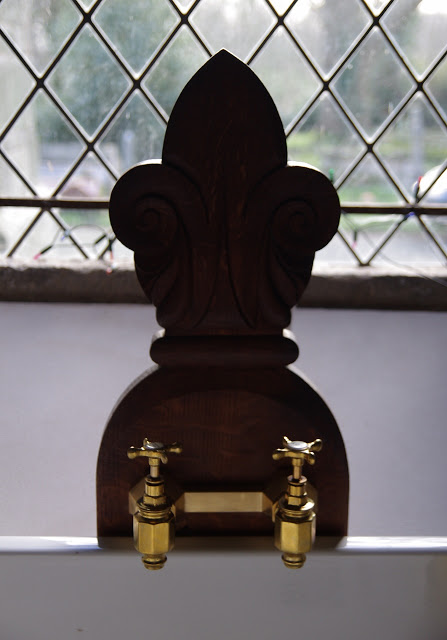 The restored Victorian brass taps are in situ too (though not functioning at the moment!). 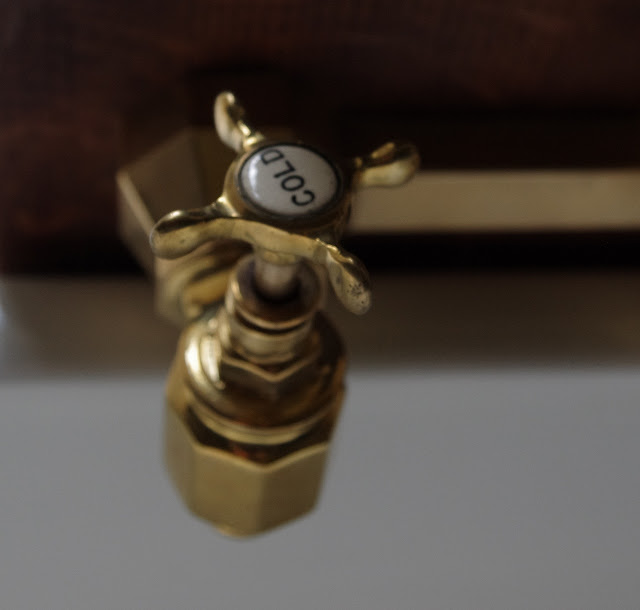 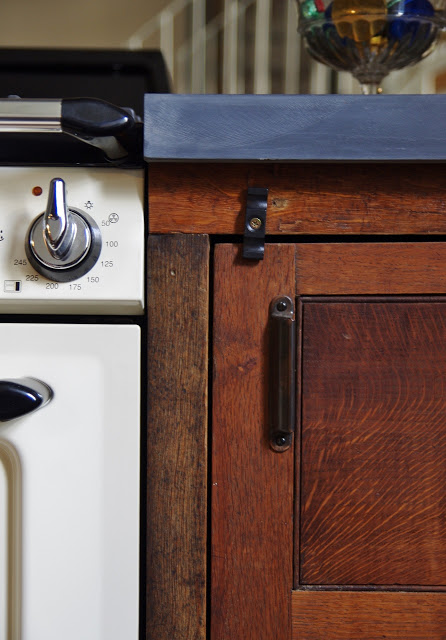 All the kitchen cupboards have been fitted with handles and fasteners. 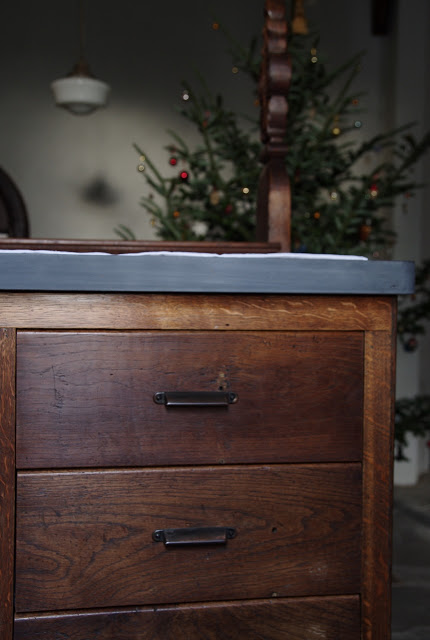 Karl has also built the internal porch, so no more drafts coming in though the large church doors. This has become such a feature out of nothing, it has been exciting to watch it develop. Karl was very fortunate to source a fan window of the right dimensions for the existing arch of the church door. The window and the antique double doors have been re-glazed and painted (in ‘Railings’ by Farrow & Ball – my new favourite F&B colour!). The porch has been paneled in original Christ Church oak. Karl went to great lengths to create a domed ceiling for the porch to follow the arc of the fan window and original church door. Using tongue and groove panels, painstakingly coloured to match the oak, he created a double skinned insulated porch ceiling. 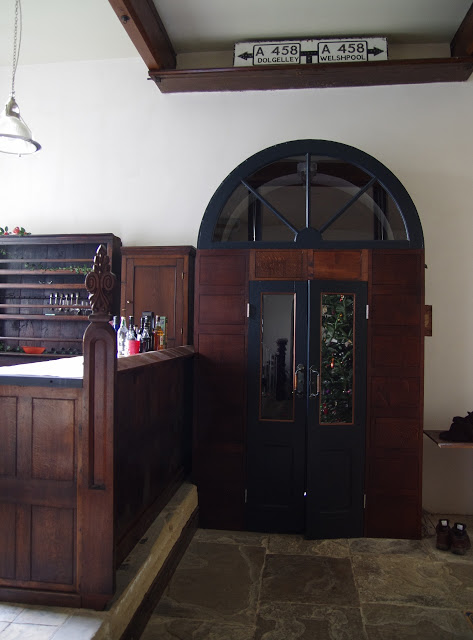 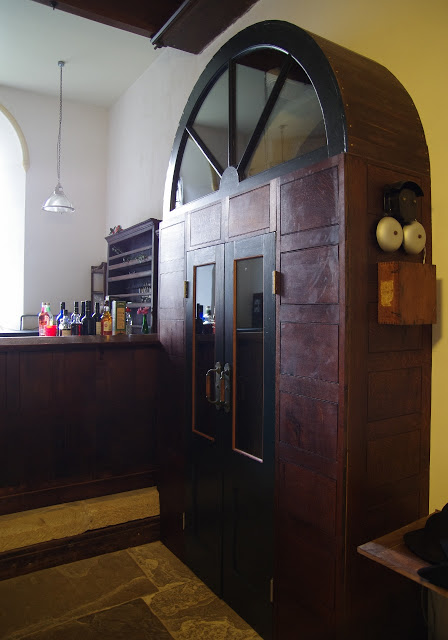 The side of the porch houses our doorbell – a restored (by Karl) GPO bell. The switch on the door we sourced from a flea market in Warsaw in Poland ten years ago. 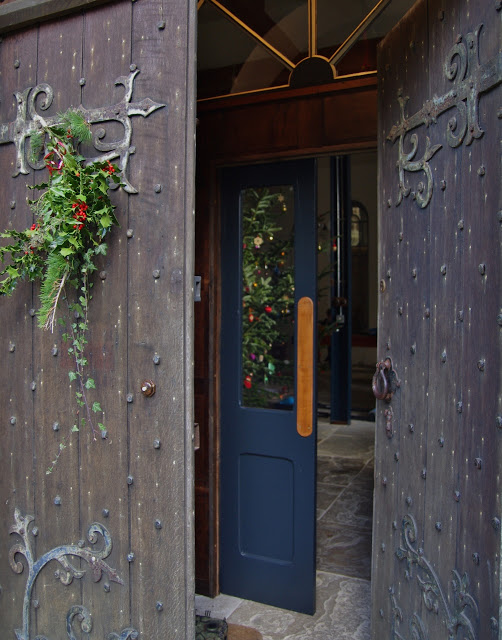 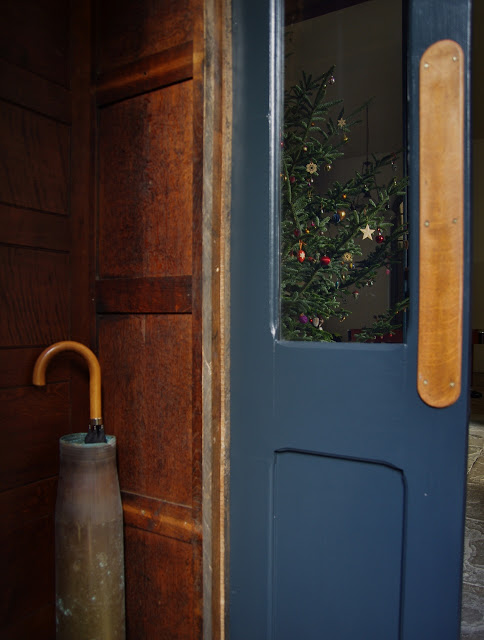 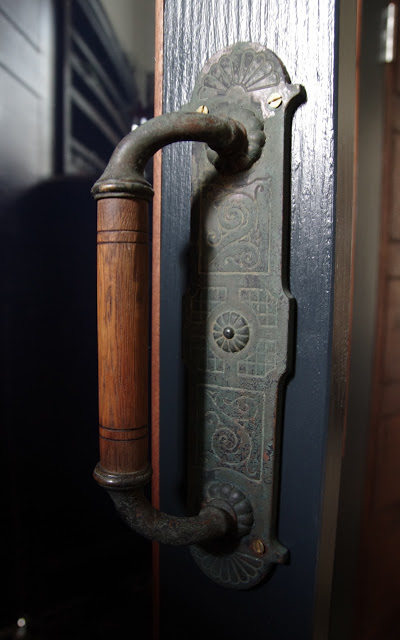 A major milestone was reached just before Christmas – an end to all the wall painting and lime washing in the House (I have the rest of the Church still to do however, so I won’t be packing away my brushes just yet!).
The partition wall that we built between the House and the Church, in the Living Room has no features such as windows and doors, so we have installed our own feature – a giant world map pasted onto the wall. 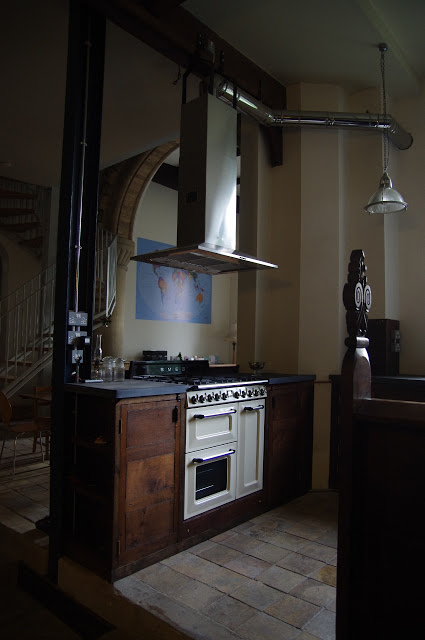 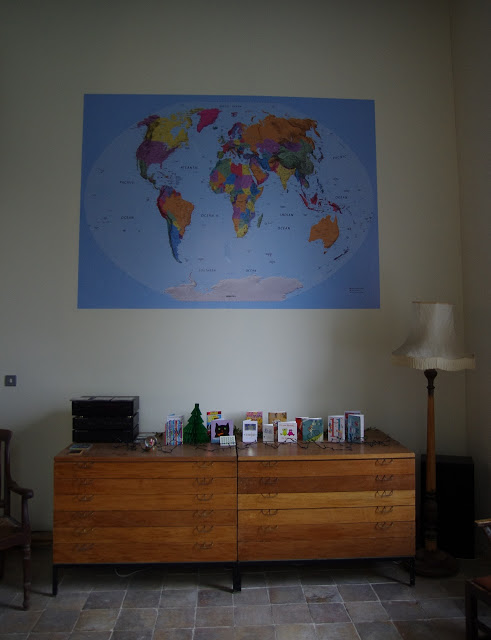 Local painter and decorator Nick Parr was given the challenge of pasting it onto the wall, and he did a fantastic job. It was not an easy task as photographic wallpaper acts differently to regular wallpaper when wet and there was no room for errors. After a nerve wracking few hours we were so pleased with the finished result. 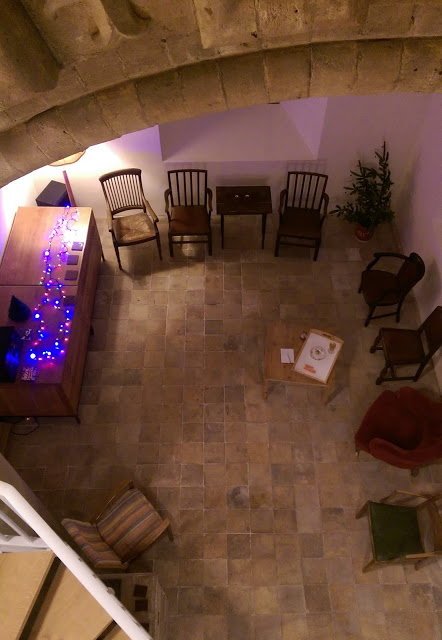 So with the usual mad clear up and packing away of (a lot) of tools, we were able to sit down come Christmas Eve and enjoy a little taste of what it will be like to live in the House. It is such a beautiful space to be together in and to sit back to fully appreciate all that we have been working towards. 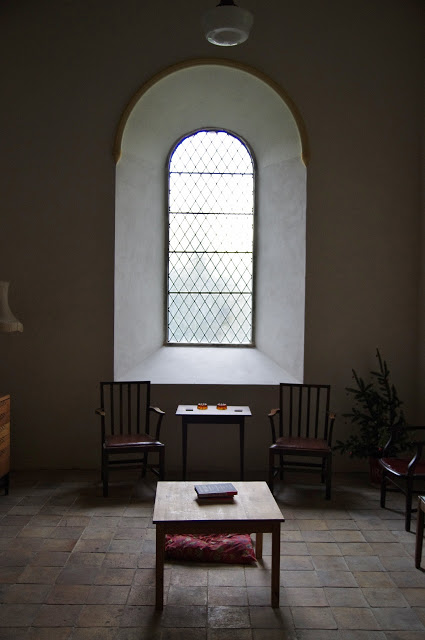 And did we cook the Christmas dinner in the Kitchen? Well… er, no! But we could have done! To be honest we were too exhausted come the big day to get to grips with a new shiny cooker… and we didn’t want to get it dirty (thinking as it won’t be used again for a while that we would have to clean it). But we did use it for warming the Mulled Wine on Christmas Eve, which must be the best way to christen a cooker! 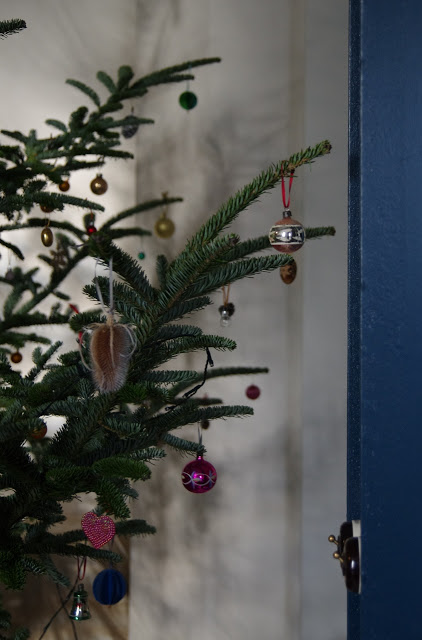