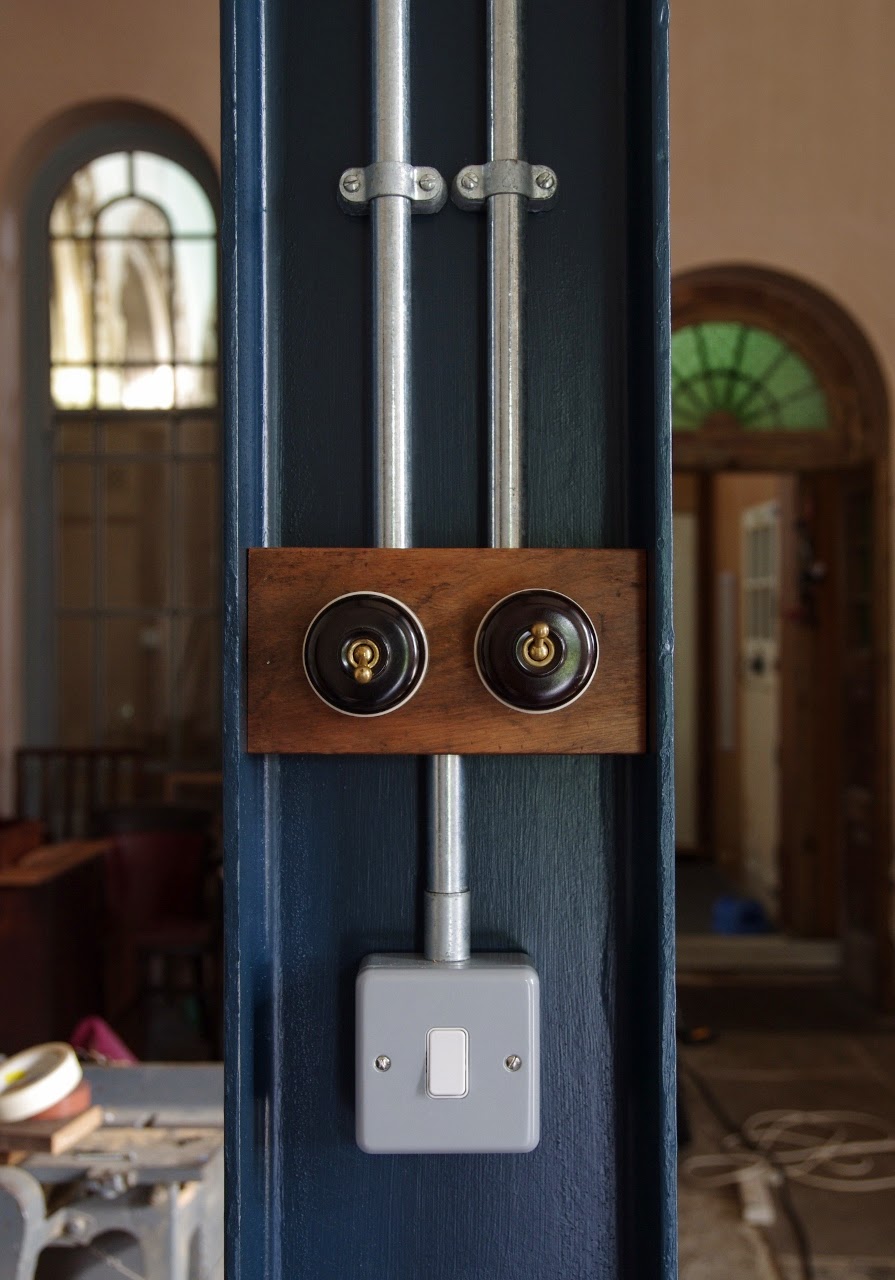 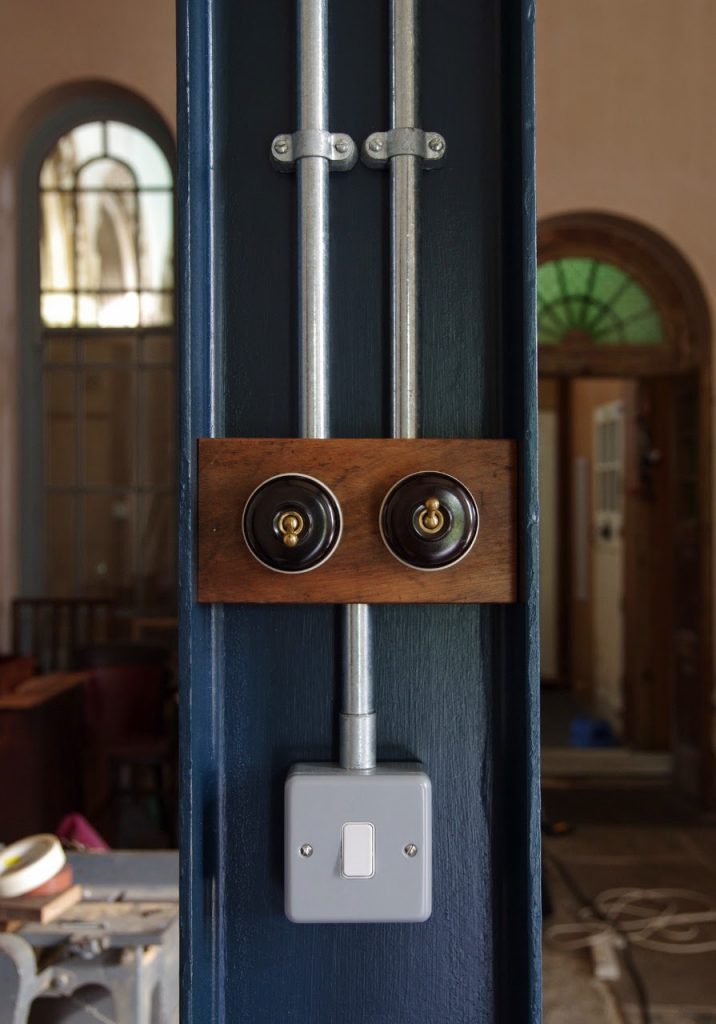 We have got to the exciting part of house building, where we can start adding little details… such as light switches. Or maybe we’ve been slogging away at this project for far too long that we get rather over excited at installing light switches!
Karl spotted these switches on Ebay some years ago, and they’ve been sitting in a box on a pew for all that time. As with a lot of things we’ve bought for the house, they have their own little bit of history. They are Air Ministry fittings (hence the crown and A M) from WW1 and WW2 aircraft. The base is ceramic with a bakelite cover and a brass switch. And yes, they do have a very satisfying ‘click’.

Karl has spent an inordinate amount of time creating the wooden base to house them. The result is a rather beautiful feature to a steel girder (painted in Farrow & Ball’s ‘Hague Blue’ if like me you are a bit of a paint nerd!).
They switch the spot lights in the ceiling of this corner of the house. The grey switch is for the ‘church light’, which you may be forgiven for thinking was always there. However this light was originally in the nave, but it looks wonderfully at home here. 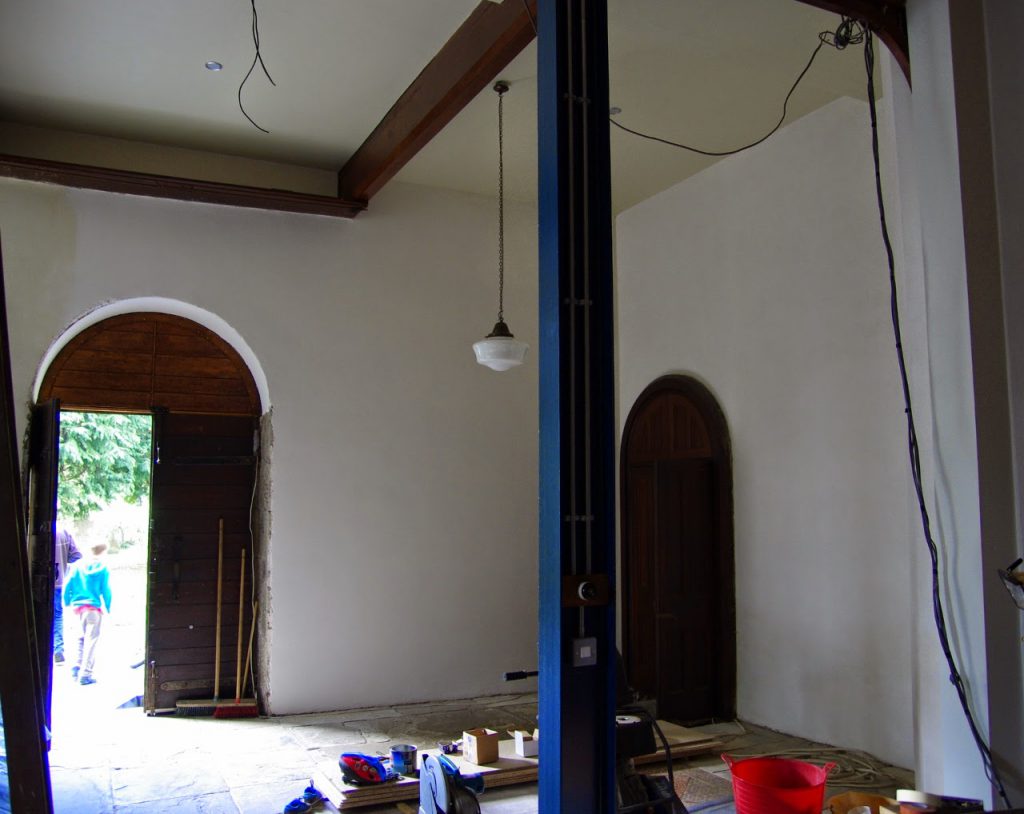 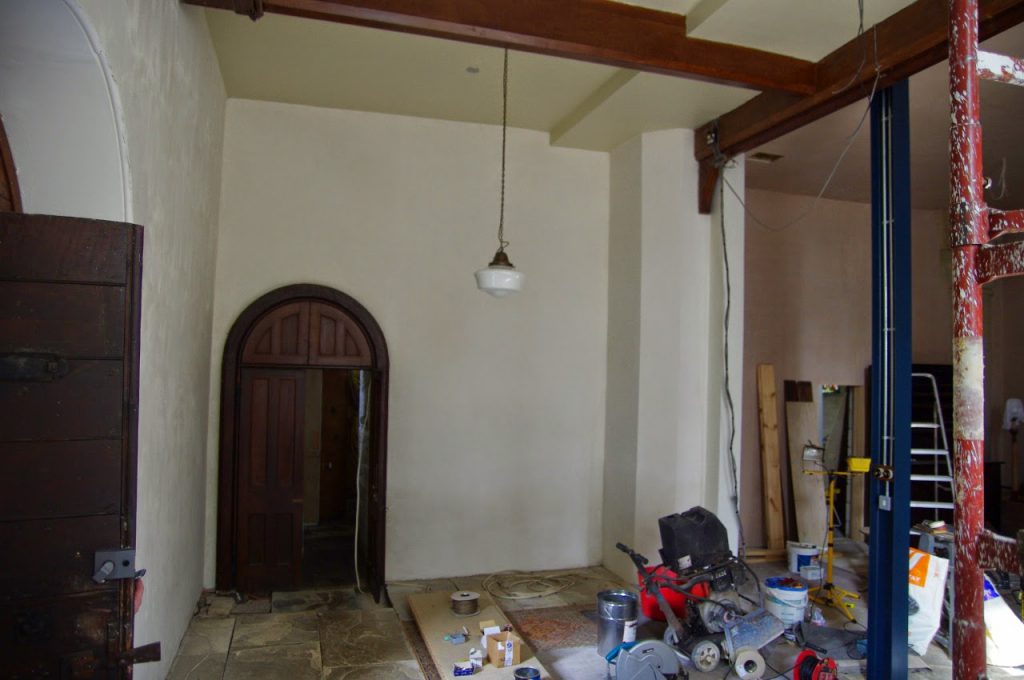 The walls were lime washed over the summer. The original blue of the ceiling has been painted out (with the help of Owen) and painted in Farrow & Ball’s ‘Lime White’ – a light colour to increase the light levels, but a touch darker than the walls to help visually bring down the ceiling to give a cosier feel to this vast space.
This corner is close to being finished. Skirting, coat hooks and wiring in some plugs are all that are needed.. oh and an internal porch to the main door – perhaps not so close!

And meanwhile, the scaffolding has been moved to the ‘kitchen’ where lime washing has commenced once again… 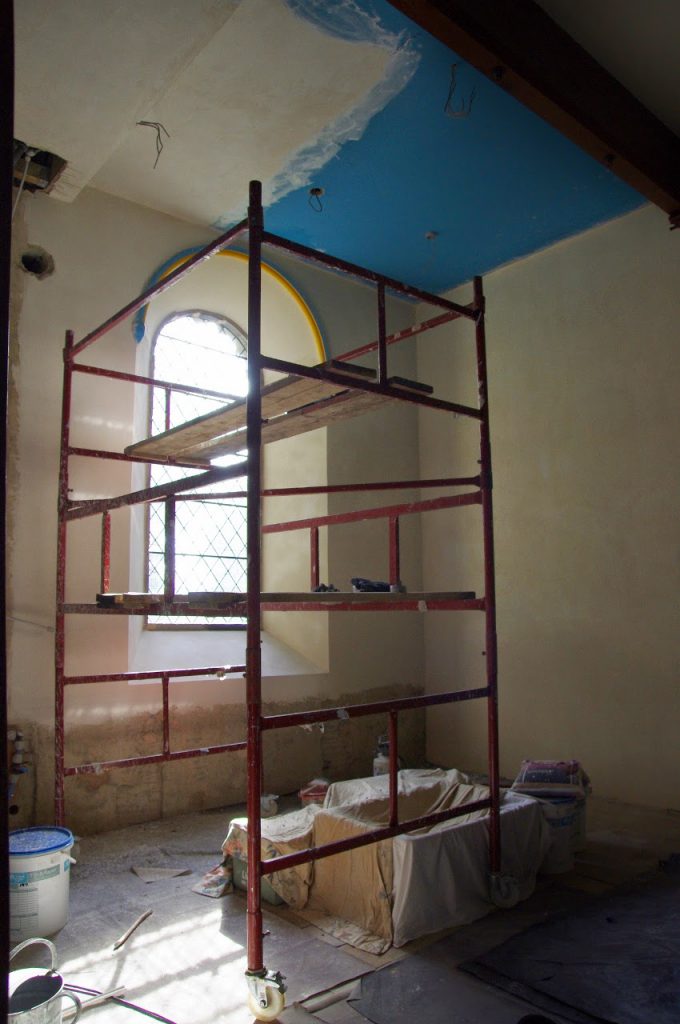