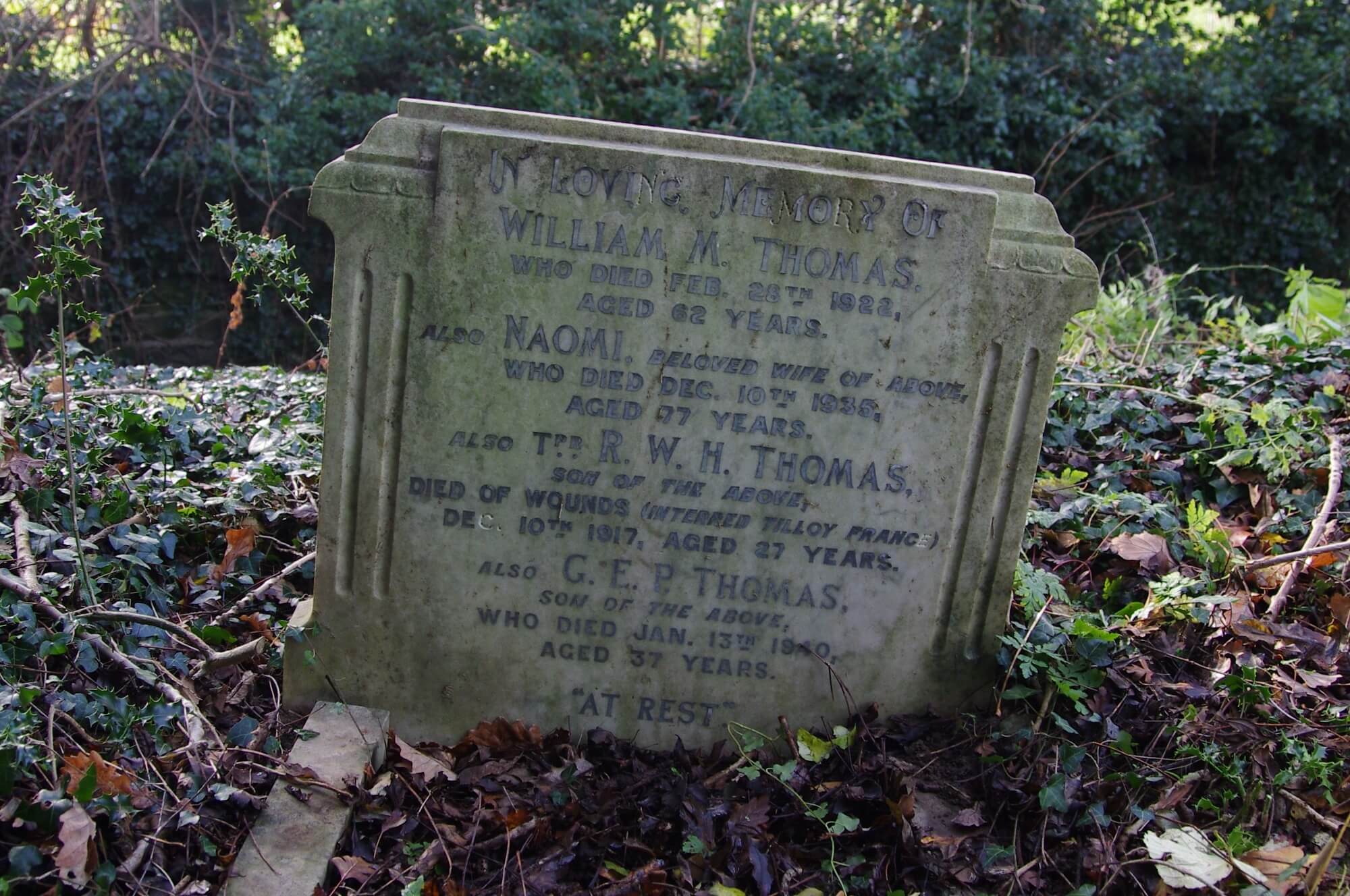 In 1901, when Harold was 10 years old, he was staying with his mothers family in Churchstoke.
At the age of 20 in 1911, he was working as a Baker in Weston Rhyn near Gobowen, Oswestry.

Harold died from wounds on 10th December 1917. He is buried at Tilloy British Cemetery, Tilloy-Les-Mofflaines near Arras, France.

A detailed account of Harold’s story is on display as part of the ‘Remembering the Fallen of the Great War at Christ Church’ exhibition.

Previously published stories of WW1 memorials at Christ Church can be seen here.