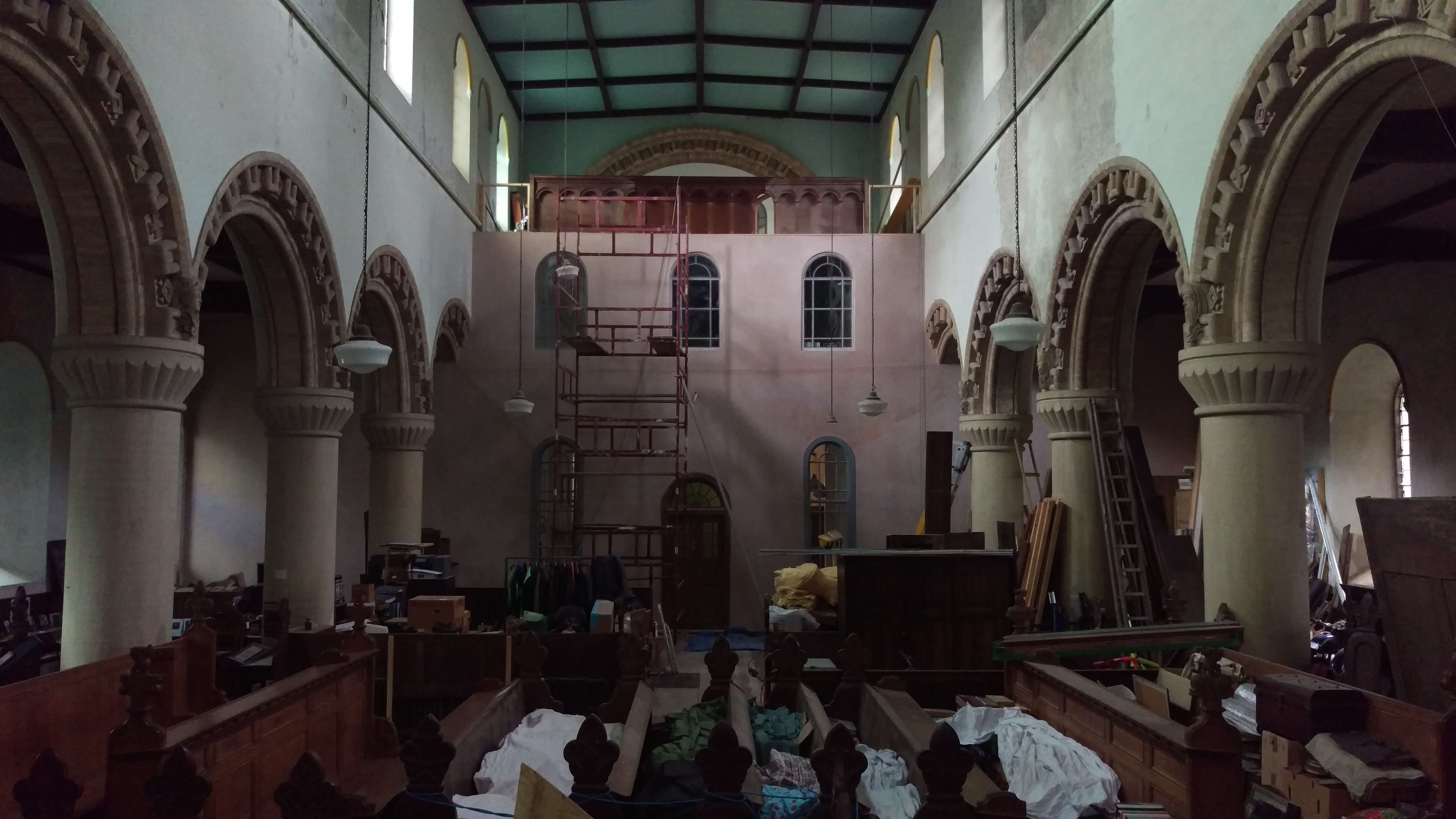 The wall that divides the House from the Nave has for some years remained in a rather unfinished state and a little reminissent of a theatre set, plastered and painted on one side and joists exposed on the other. Over the past few weeks Plasterers have been here working their magic and have finished the ‘just one wall!’ as it became known after we told them we just had one wall that needed plastering!

Paul, Spencer and Sion have done a fabulous job in not the easiest of working conditions. They took great care to work around window arches and decorative stonework.

The House blends in a lot more now which makes it a lot more pleasing to be in the nave looking at it. It’s particularly nice to see the stone arches disappearing into the wall, and for them to reappear on the other side!

Now it’s time to dig out the paint brushes…