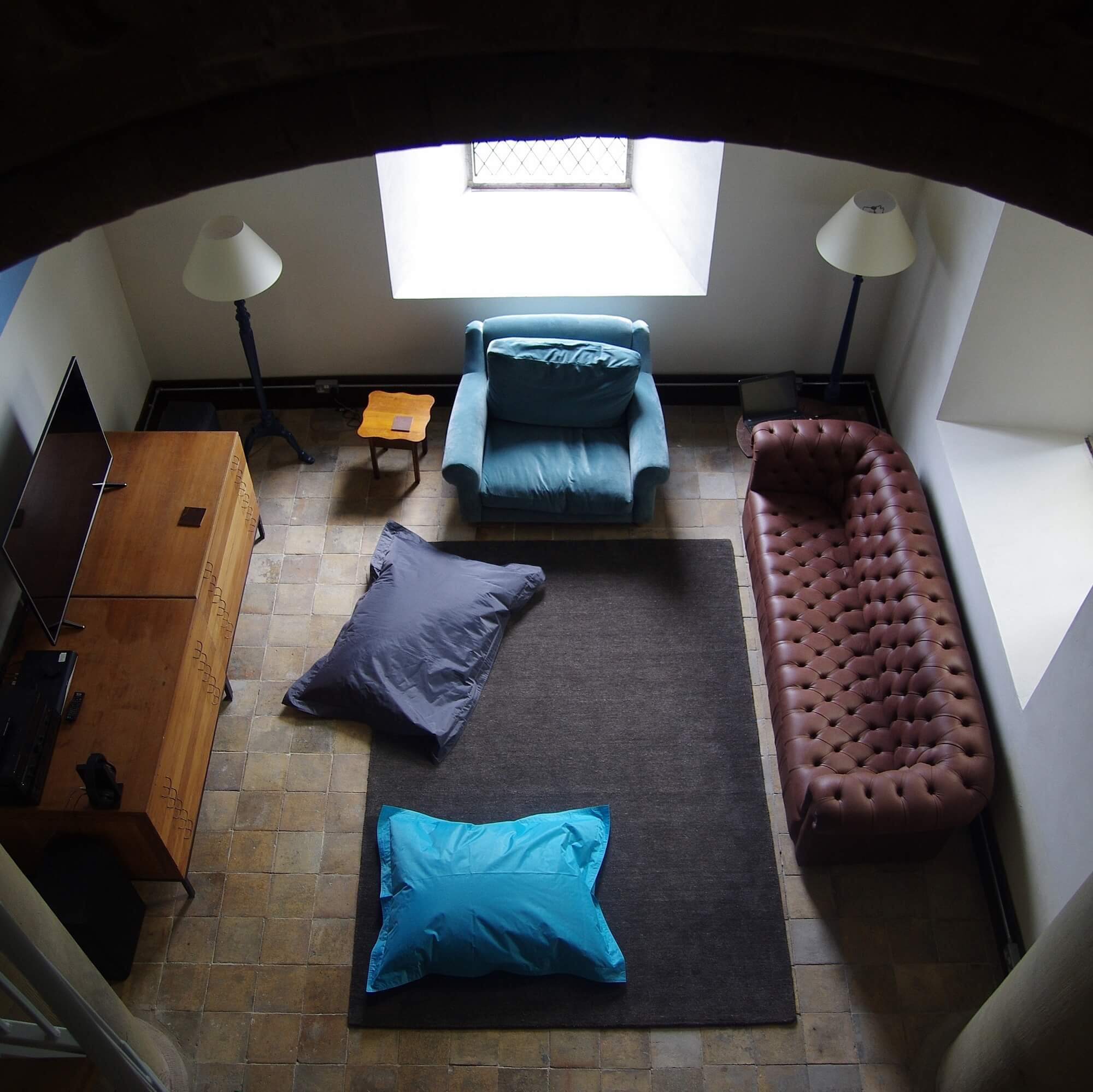 The past few weeks have been a time of change and a lot of excitement for us as we have begun the process of moving out of the Hut and into the House.

Rather typically it all began on Christmas Day! We traditionally use the House in whatever state it is in that year for our Christmas celebrations as the Hut is just too small for a tree and all that comes with it. This year, as the downstairs part of the House is almost finished we thought we would take the leap and move in.

It certainly helped to make this Christmas very memorable! Finally being able to use this space that we have painstakingly created over the past 13 years is emotionally overwhelming. If I hadn’t been so exhausted over Christmas I would have spent most of it in happy tears.

Watching all three boys reveling in the extra space that the House gives, especially in the living room has been so heartwarming and makes the effort we have put into this project all the more worth while.

We were becoming increasingly cramped in the Hut, with no quiet areas to retreat to if needed. It felt very strange at first to be able to spread out in the House (often losing each other in the vast space). Thankfully the open plan design is working really well with a good balance between space and connectivity. We have all started to find our own favourite zones – Karl on his Chesterfield sofa, Fred lounging on the beanbag (preferably using both!), Victor frolicking about on the wool rug playing ‘rug football/hockey/rugby/armies’, and me perched on the chair in the kitchen snatching a quiet moment gazing out of the window.

For me it has been all about this window! In stark contrast to the windowless Hut, being bathed in natural light and to have the opportunity to see outside and watch the weather, has been an unexpected joy.

We are all really appreciating the simple things which we haven’t had for so long, such as having piping hot water that comes out of a tap! Washing up is no longer the freezing cold lonely ordeal it once was…

As a working space, the kitchen is just perfect. Having everything to hand, such as the sink, water and fridge is an obvious advantage (those were outside of the Hut).  The kitchen is just the right size with a good amount of worktop and cupboard space. It is also perfectly positioned, to see everywhere yet slightly tucked away. If anyone wants to sit and chat they can sit on the gym vault which is becoming quite a popular spot (it is also very handy for sorting the clean laundry!).

The wood boiler and underfloor heating are working fantastically. This vast space is warm! The wood boiler heats the water too. How wonderful it is to be reaping the benefits of many weekends spent collecting, sawing, stacking wood.

A few weeks ago the mere thought of sitting comfortably here would have seemed impossible as the church is so cold.

There is still lots to do however before we can put our feet up. There are bookshelves to build and cupboards to fill. The Hut and the pews in the church are still covered in ‘stuff’ but at least we have the advantage to move in slowly and really consider where everything goes. We are mindful not to clutter this beautiful space.

So the Hut’s days are definitely numbered. There is one drawback to expanding our living space – there is a lot more housework to do now. I have been feeling slightly panicky about how to keep all this beautiful space looking good, and I’m developing new cleaning and dusting routines (I may even have to start polishing, with beeswax of course!). Having never had a new cooker, sofa, kitchen, house before I just don’t want to mess it up. I have already learnt the hard way that lemon juice marks slate worktops, oh dear!

Over the next few weeks we will continue to sort and move our stuff into the House while finishing the upstairs bedrooms and bathroom, all done with renewed energy and motivation!

And then we can take the Hut down, restore the nave interior, reroof the north aisle, repoint the tower, fix the guttering… the list goes on!

At least the cat can now relax in her new favourite warm spot.