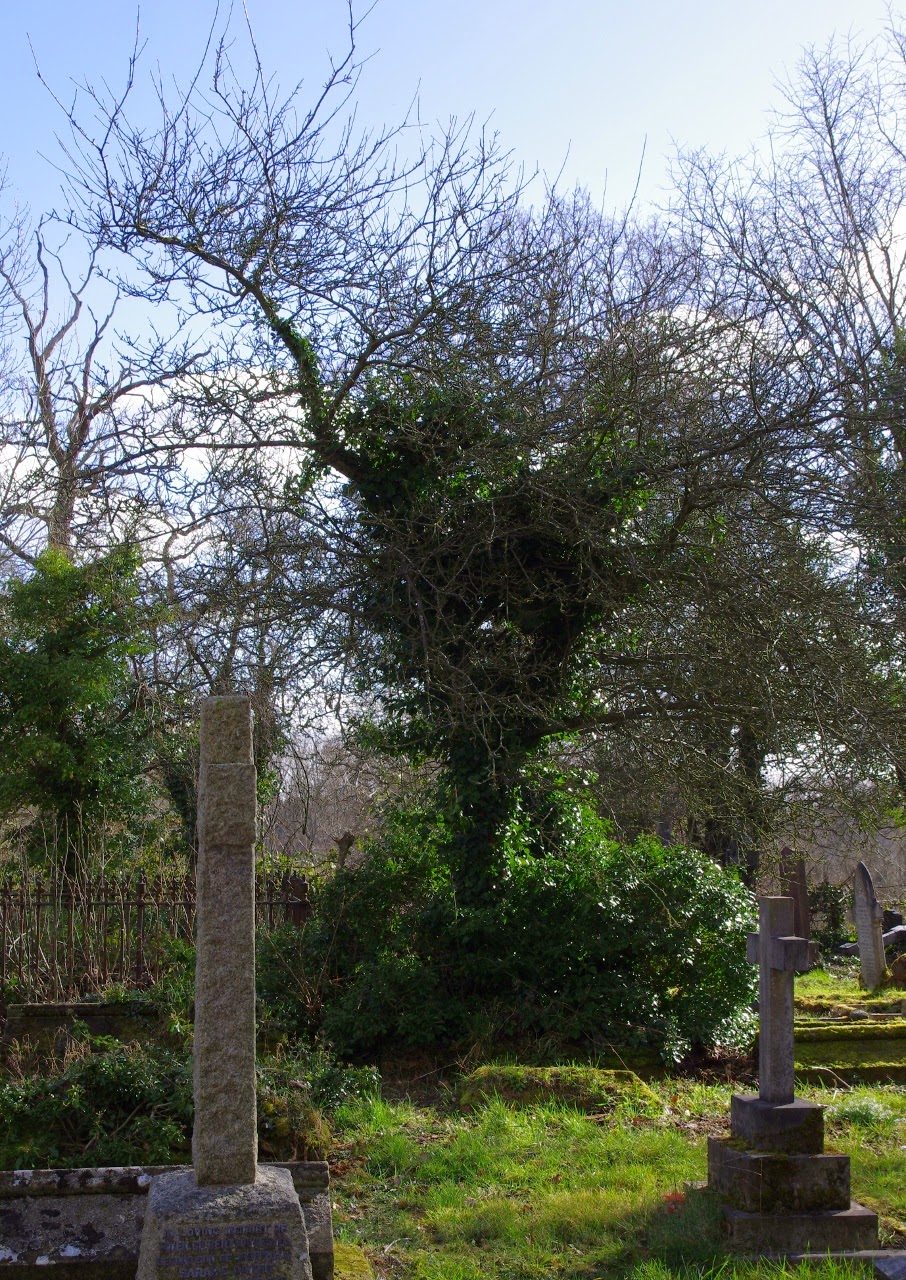 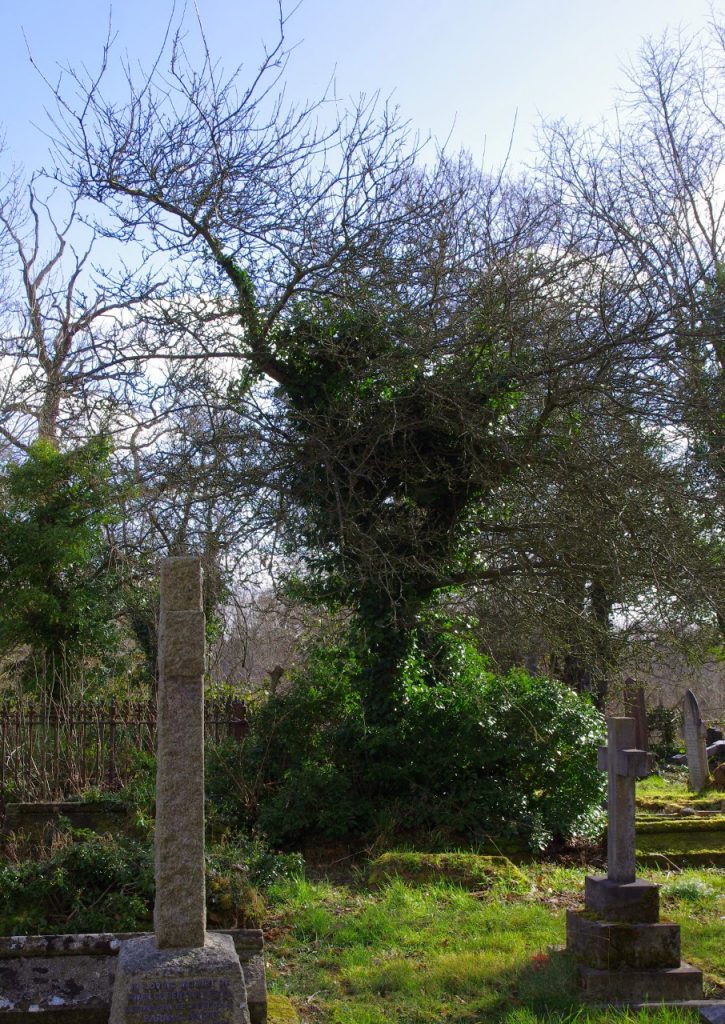 This month concludes our year ‘following’ the apple tree in the churchyard. It has been fascinating watching it subtly change over the seasons. We were full of optimism that the extra light and air that the apple tree was getting that we may be in for a good harvest. However the tree suffered blossom wilt which resulted in just one lone apple (which we dare not pick!). The tree recovered and was soon covered in fresh new leaf growth. Hopefully this year the apple tree will thrive. We had hoped to identify the variety of apple, but the jury is still out on that one!
As the year progressed, it was the ivy surrounding the base of the tree and growing up the trunk which caught our attention. The flowers turning and the (previously unnoticed) vibrant colours of the forming berries were fascinating.
As a farewell to the apple tree, here is an overview of the year with a favourite image from each of the twelve months. 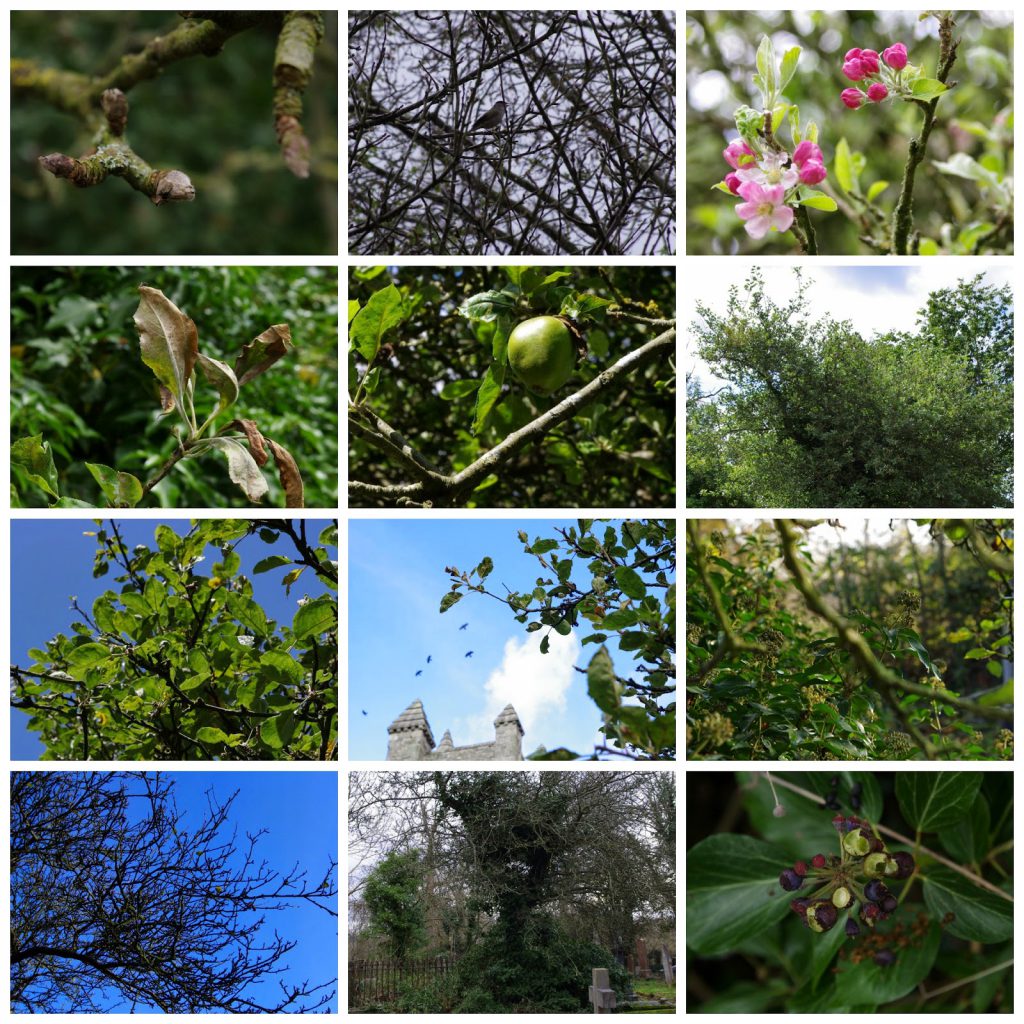 Choosing a new tree for our second year of Tree Following was surprisingly hard, but the oak tree which we pass every day always catches our eye and deserves a closer look. It has the most beautiful shape. 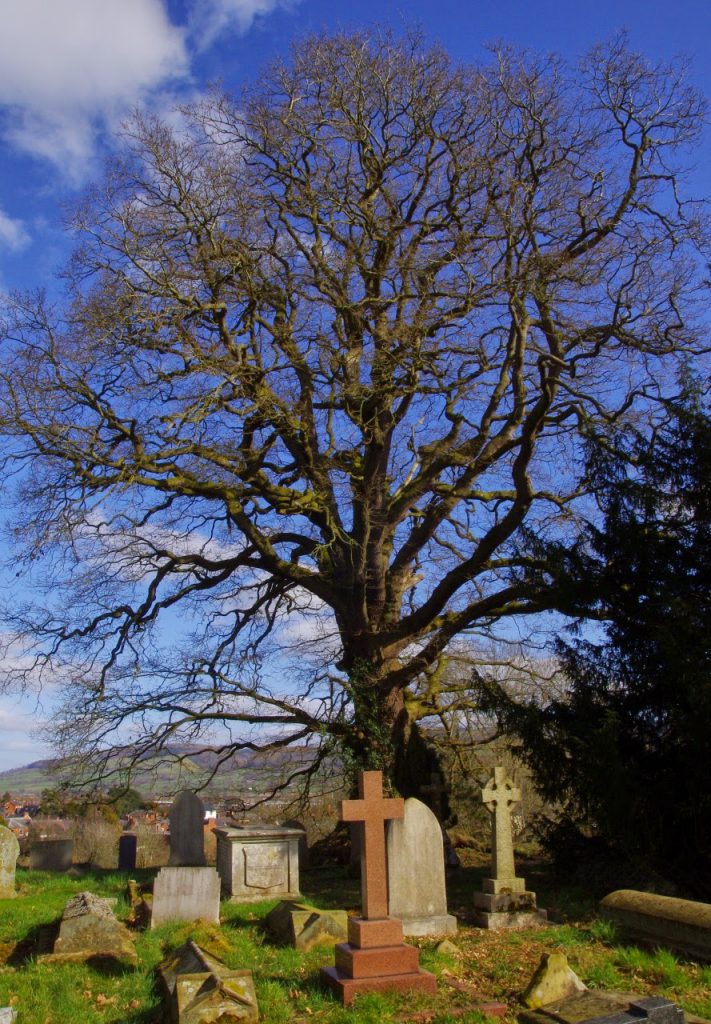 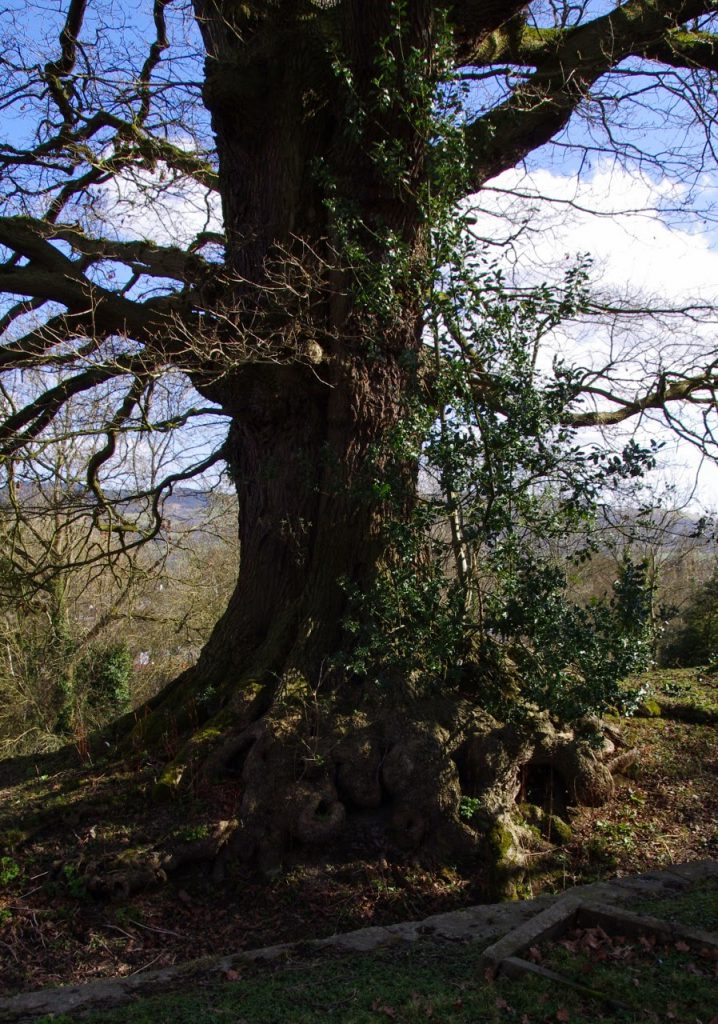 There is a holly tree growing amongst the gnarly roots of the oak. 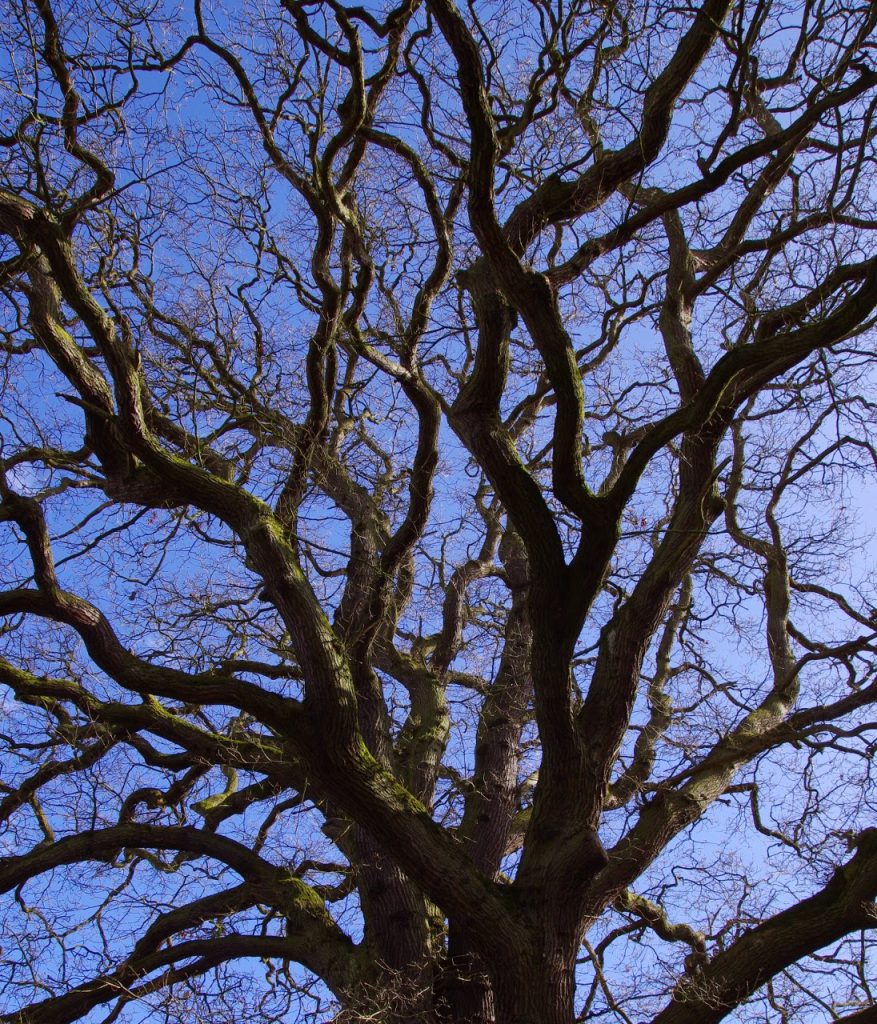 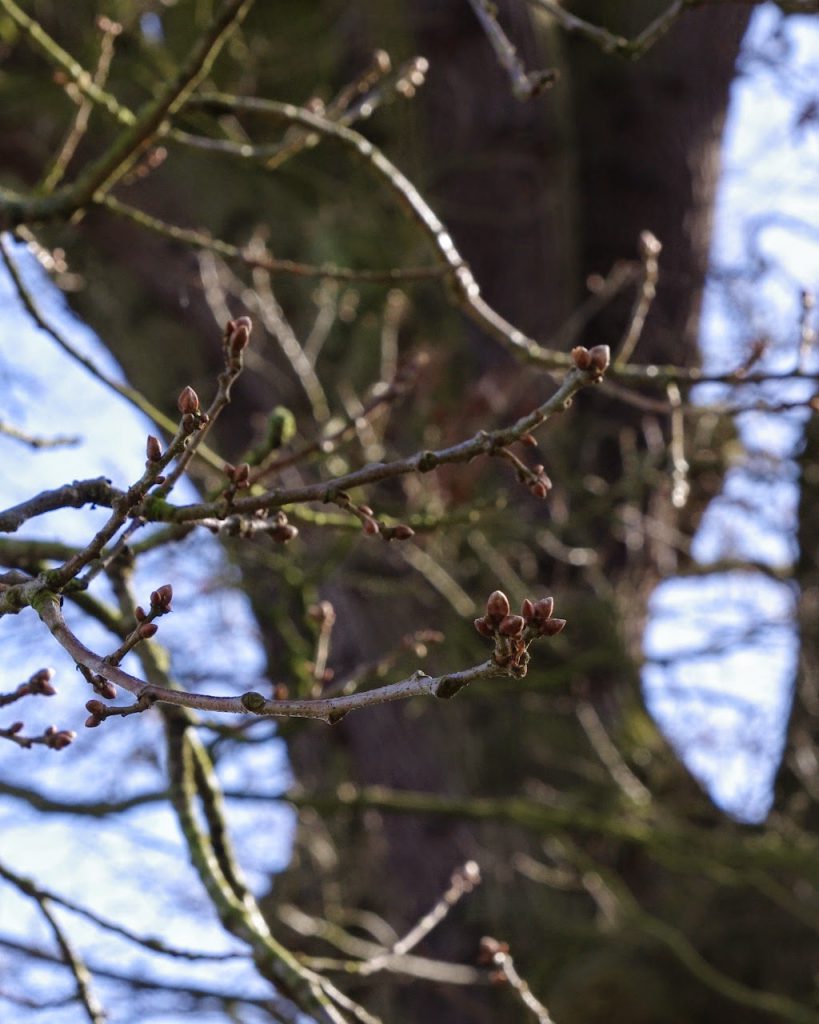 We hope to try and age the tree during our year of following it… was it growing here before the church was built?

Joining in with Loose and Leafy’s ‘Tree Following’ project.