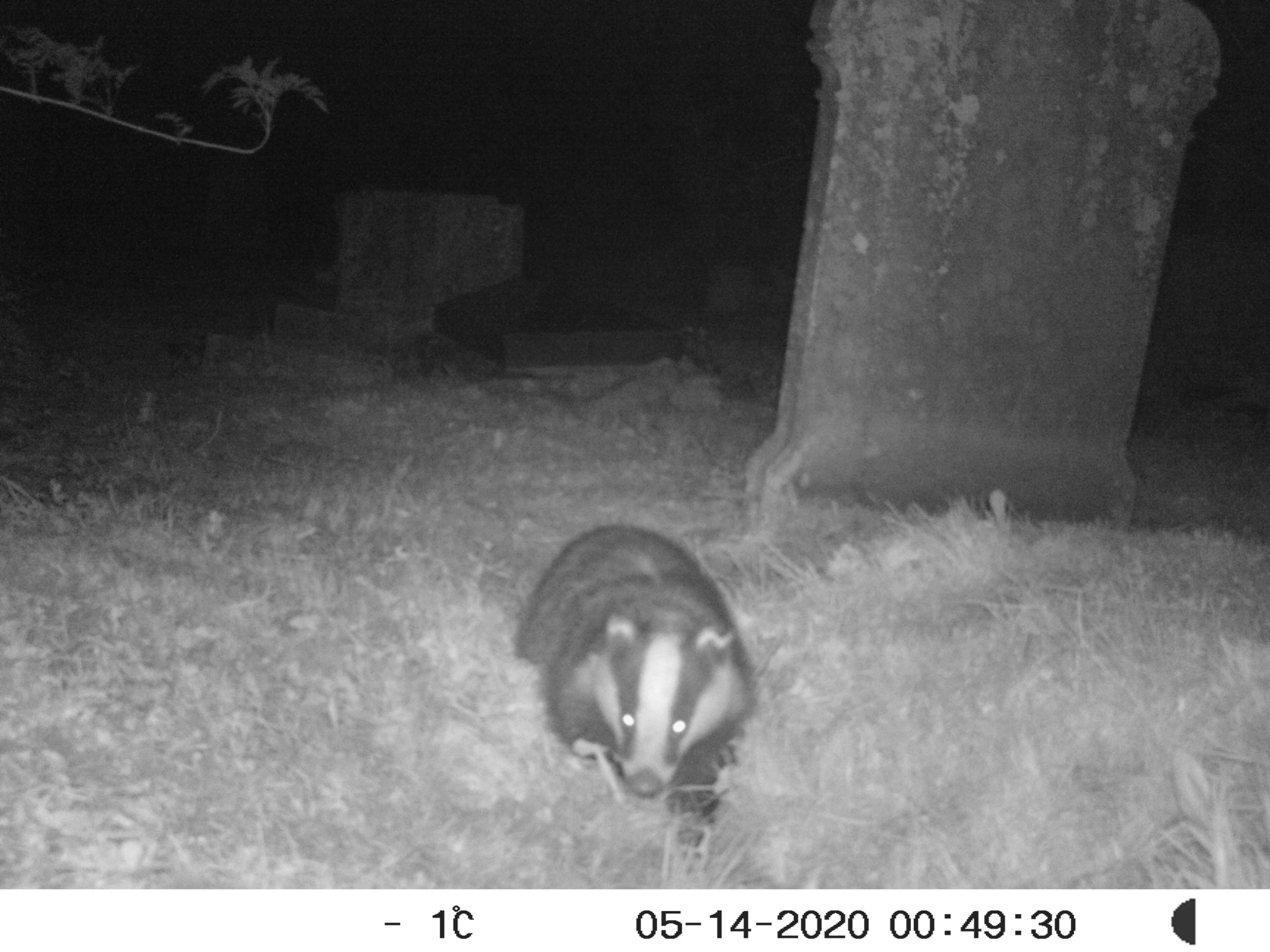 There are trails in the churchyard that we think are from badgers, but just to make sure we put the wildlife camera out to try and get some videos of them going across the trails.

After a while we tried to get some better footage. So I decided to see what badgers eat. I found out that they mainly eat worms, but as we couldn’t get any worms I decided to put some apple out as they also eat fruit.

Did you know that a badger can eat several hundred worms in a night?

My experiment was successful! Here are some videos of that happening below of them eating the apple.